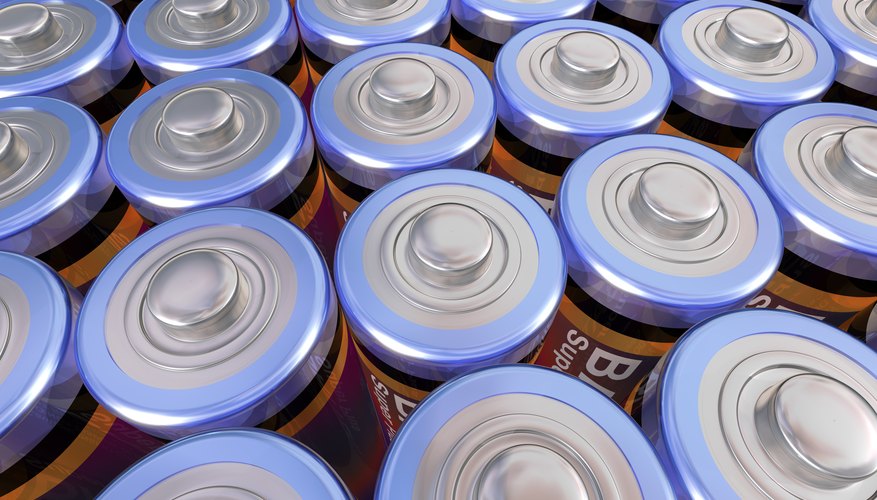 Lithium and lithium ion batteries, or cells, provide portable electricity. They both work by storing electric charges chemically; when you connect their electrodes with a wire, the charges flow from the battery’s cathode to its anode, producing an electrical current. Each type has benefits and drawbacks.

In both types, electrical currents occur because of a chemical reaction that takes place inside the battery. The anode in a cell moves electrons to the cathode which is located at the opposite end of the cell. The electrolyte that separates the cathode from the anode both stores electrical energy and serves as an electrical conductor, allowing electricity to flow through the battery and power a circuit or appliance.

Chemists worked on the idea for the lithium battery in 1912, though it wasn’t until the 1970s that the the first examples became available to consumers, and these batteries were not rechargeable. The chemical instability of lithium metal made rechargeable lithium batteries too difficult to develop. In 1991, scientists used more stable lithium compounds to create a battery. This lithium ion battery was rechargeable and lighter in weight than other rechargeable battery technologies available at the time.

Both types of batteries offer a lot of power for their size. They can be used in any number of devices from flashlights to compact disc players. Lithium ion batteries can be formed into many shapes which makes them ideal for items such as laptop computers, iPods and cell phones. Their rechargeability makes them ideal power sources in consumer electronics. Lithium batteries are the battery of choice when it comes to powering artificial pacemakers because of their long life and the amount of energy they offer. Lithium batteries work well as long-term power sources in devices that are out of reach, such as smoke detectors and computer motherboards.